“Please join me in congratulating Gary Stacey, LSC Investigator and Curator’s Distinguished Professor of Plant Sciences, for the 2019 UM System’s President’s Award for Sustained Career Excellence! Gary is well-known internationally for his work on bacterial nitrogen fixation, plant-microbe interactions, and soybean genomics. More recently, he has been the first to identify plant ATP receptors, which increased the visibility of his program even more. This is also a success for the LSC, since it was the proximity of Gary Weisman’s expertise on mammalian ATP receptors that accelerated Gary Stacey’s research.” 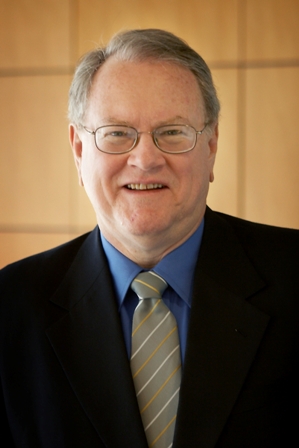 Professor Stacey is a truly outstanding faculty member whose impact is felt throughout the UM System, as well as on national and international stages. He has authored and co-authored 260 peer-reviewed research articles, 79 book chapters, and is currently supported by over $8 million in grants from external funding bodies, including the NSF and NIH. Recently, he was elected a Fellow to the National Academy of Inventors and holds several patents based on his research. He is considered a pioneer in his field, which concerns the mutually beneficial interaction between nitrogen-fixing bacteria and soybeans. His leadership in the research community, including the American Society of Plant Biologists, has immeasurably increased the visibility of plant research in Missouri. His proven track record makes him a highly sought after graduate and post-doctoral mentor. Across the world, he is recognized as a leader and consensus-builder, including his critical work in a collaboration between plant biologists at MU and Gyeongsang National University in Jinju, South Korea. Dr. Stacey’s achievements have brought distinction and visibility to the UM System and the state of Missouri.

You can find more about this award here: