Even though next-generation sequencing (NGS) — with millions or 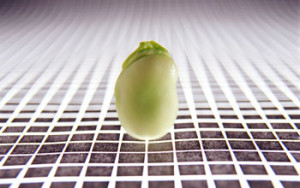 billions of DNA nucleotides sequenced in parallel — is much less costly compared to first-generation sequencing, it still remains too expensive for many labs. NGS platform start-up costs can easily surpass hundreds of thousands of dollars, and individual sequencing reactions can cost thousands per genome.

To garner accurate information, the data analysis can be time-consuming and require special knowledge of bioinformatics. Even so, this high-throughput computational analysis is the backbone of novel discoveries in the life sciences, as well as in other domains including anthropology, social sciences, and plant sciences.

“Using next-generation sequencing you’re getting a snapshot of everything that is happening in a given genome up to that point,” says Trupti Joshi, assistant research professor in computer science and core faculty at the Informatics Institute at the University of Missouri (MU), Columbia, US.

In addition to integrating SoyKB — which already includes many built-in informatics tools — with existing iPlant tools, the MU team is developing additional toolsets that will also be available to the iPlant community. “Right now we are building the infrastructure so that we can submit jobs — RNA-seq analysis is just one example — to iPlant Atmosphere.” Joshi says three to four different analysis capabilities will be available in a couple months.

SoyKB includes the tens of thousands of genes in the soybean genome, experimental data related to gene expressions, fast-neutron mutation data, and soybean lines GWAS (genome-wide association studies) data. SoyKB is unique in that it includes ‘multi-omics’ experimental data that might otherwise be irrelevant (thrown out) by a particular researcher at a particular time. By making all research data available, experiments take on an increasingly important role in the bigger picture, and enable future researchers to narrow their own results.

Researchers may want to look at soybeans that have a high-oil content, for example, or a high-protein content. Or, they may want to focus on soybean lines that are more drought, disease, or insect resistant. Scientists can access data on particular genomic variations directly in SoyKB, using tools to quickly query and isolate items of interest.

“One of the biggest advantages here is that iPlant is an integrated environment,” says Mats Rynge, who is part of XSEDE’s Extended Collaborative Support Service Workflow Community Applications team. “The iPlant team clearly understands the science and can tailor their services and setup to a biologist.”

More than 19,000 users take part in the iPlant Collaborative, and about 2,500 of them use Atmosphere — iPlant’s cloud service that is fully integrated with user management and theData Store (570 terabytes). “Atmosphere is one of the nicest academic cloud implementations available,” says Rynge. “I would say it is on par with Amazon in terms of user interface; really well done.”

Rynge is developing a SoyKB submit infrastructure and Pegasus workflows for scientists to pull data from the data store, analyze it, and deposit the results back in the data store — all with the click of a button. The ultimate goal is to make the workflows general enough to be mapped to other infrastructures, which future sequencing groups can use as a starting point.

As NGS techniques continue to amass more data than labs and researchers can handle on their own, high-performance computing and infrastructures capable of presenting, analyzing, and storing data will remain critical resources for complex bioinformatics analysis. After all, with 50,000 to 70,000 genes in a single soybean, looking at thousands of soybean genomes can produce several gigabytes of data for each soybean line.

The progress of SoyKB as part of the Big Data Initiative was presented at the IEEE International Conference on Bioinformatics and Biomedicine, December 2013, in Shanghai, China. The US National Science Foundation funds the ongoing project.